Lightning Strikes Twice is an action-packed detective tale full of mystery, suspense, wit and twists. When a kidnapping occurs at the Michaels’ home for the second time in two years, total chaos ensues. Following six-year-old Cora Michaels’ kidnapping and death, now, two years later her 8-year old cousin and aunt are the victims. Having retired and vowing never to take on another case until he found the accomplice of Cora’s dead kidnapper, Richard Urbanax, the best detective in southeast Louisiana, puts his best foot forward with the new case. Accompanied by his 18-year old daughter/protégé and his genius, tech-savvy twin 15-year old sons, Richard and his family must race against the clock, their emotions and even one member of the New Orleans Police Department to find the tricky and enigmatic kidnapper. Can the smartest investigative brains solve the most mysterious case they have ever encountered?

How good of a detective are you? As soon as you get into the book SNAP, there’s a kidnapping in New Orleans. Many suspects. Don’t just guess. Determine who the person(s) responsible is, how they did it and why. Means, motive, opportunity. Are you as clever as the kidnapper(s) and the best detective in the Southeast?
• You’ll live the book vicariously through the heroes
• Just when you think you know… BANG… another twist
• Psychological thriller, suspense, mystery, intrigue
• Clean. No cursing. No sex. Great for high schools and higher education 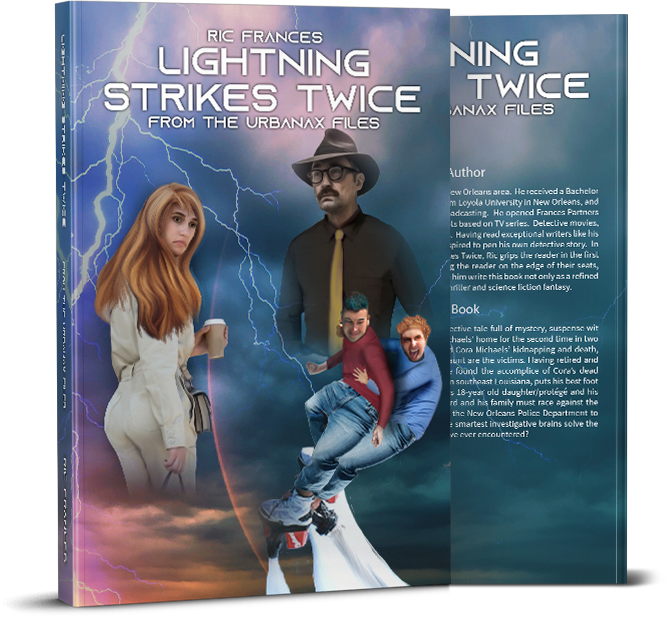 Just like any other fan of a certain genre of entertainment, Ric Frances has used his fascination for crime shows to convert it into a gem called Lightning Strikes Twice.